With his deep Brazilian and jazz roots, impeccable musicianship, and openness to new styles, Sérgio Mendes has kept his music relevant through five decades. Few musical “cats” have had as many lives as the Brazilian-born, LA-based pianist, composer, bandleader, arranger, and producer Sérgio Mendes. One of the first to bring to the US the rich stews of jazz, African, and European traditions known as bossa nova and samba, Mendes had already toured and recorded with Cannonball Adderley and Herbie Mann before he started his band Brasil ’66 (preceded by ’65, and followed by ’77 and ’88, before he dropped the numbers). That kicky cocktail of two female voices and his own warm, reedy one, Brazilian rhythms, classic Brazilian compositions, and popular American tunes went down easy in the late 1960s. Maybe a little too easy for some Brazilians, who felt Mendes had gone LA on them, and for American hipsters, who relegated him to “easy listening.”

Nevertheless, with his deep Brazilian and jazz roots, impeccable musicianship, and openness to new styles, Mendes has kept his music relevant through five decades by periodically infusing it with the latest sounds in Brazilian and American music. From the beginning, and especially on 1992’s stellar Grammy-winner Brasileiro, with compositions and guest turns by Brazilian A-listers Carlinhos Brown, Guinga, João Bosco, Ivan Lins, and Hermeto Pascoal, Mendes has been committed to presenting the best of Brazilian music and artists to audiences outside Brazil. At the same time, he has kept his ear to the American musical ground, most recently putting an urban spin on his earlier hits in 2006’s Timeless, a semisuccessful detour into hip-hop produced by will.i.am. By 2008’s Encanto, Mendes was back in the driver’s seat (except for a few will.i.am-produced tracks), doing what he does best: introducing new audiences to remarkable compositions like Guinga and Aldir Blanc’s “Catavento e Girassol”—sung by the superb Gracinha Leporace (who also happens to be Mendes’s wife)—and bringing together an eclectic cast, from Natalie Cole and Colombian superstar Juanes to his former boss at A&M records, Herb Alpert, and Alpert’s wife, Brasil ’66 singer Lani Hall.

Which brings us to 2014 and the newest entry in the lengthy Mendes discography: Magic. This time around he pulls all the elements together into one of his most satisfying recordings. Bookended by two rousing sambas by Carlinhos Brown, John Powell, and Mendes himself, Magic includes more songs written or cowritten by Mendes than any of his other albums, and most of them are winners. Leporace shines on the pulsing “Hidden Waters,” and John Legend contributes smart, seductive lyrics and his smooth R & B flavor to the catchy “Don’t Say Goodbye,” co-written with saxophonist Scott Mayo; the cut also features a terrific Mendes piano solo. Together with Maria Gadú, a husky-voiced young singer and composer relatively new on the Brazilian scene, Mendes came up with the rocking homage to Rio de Janeiro “Meu Rio.” The loveliest Mendes-penned tune here is the title track—or rather, tracks. “Magic” appears twice: as an instrumental bossa nova featuring Mayo on alto sax, and with Janelle Monáe in great voice and sounding completely at home in the bossa genre on the version called “Visions of You.”

The other composers on Magic are, as usual, the cream of Brazilian music. Mendes pays tribute to one of his mentors, the great Moacir Santos, with Santos’s samba “Sou Eu,” breezily sung and rapped by the gravel-voiced pop star Seu Jorge (known in the US for his Brazilian versions of David Bowie tunes in Wes Anderson’s film The Life Aquatic with Steve Zissou). Guitarist Tonhino Horta’s “When I Fell in Love,” with lyrics by Brenda Russell and Tatta Spalla, is an ode to Bahia, a subject that teeters dangerously close to cliché by now. But Leporace’s voice and the percussive feel still make the beaches of the northeastern Brazilian state sound like a tempting destination.

An even more famous mineiro (native of Minas Gerais, like Horta) also shows up on the album: Milton Nascimento, still the luminous voice and presence in Brazilian music that he’s been for nearly 50 years. Milton sings “Olha a Rua,” which he co-wrote with guitarist and Berklee alum Ricardo Vogt. The song’s melody, background chorus, and rhythms give it the infectious feel of children’s street rhymes.

As he has on most of his recordings since Brasileiro, Mendes includes a composition by the brilliant Guinga, which, for me, is the star of the album: the haunting “Atlantica.” I first heard it at “Guinga Meets Berklee,” a concert celebrating the composer’s music last December, when it was called “Avenida Atlântica” — a reference to the seaside avenue in Rio whose mosaic wave pattern you might have glimpsed in cutaways from this summer’s World Cup matches. In Mendes’s perfect arrangement, Ana Carolina sings the gorgeous melody and the lyrics by Thiago Amud, with Mendes’s voice sometimes doubling, sometimes alternating with hers, while Guinga’s sensitive guitar work and the haunting harmonica of Mika Mutti lift the track into the sublime.

And that’s the beauty of Magic: it reflects the Mendes touch — the result of more than 50 years of expert piano, arranging, and production chops, and a genius for choosing the right collaborators. Mendes’s chief partner on this recording seems to be multi-instrumentalist Mutti, Carlinhos Brown’s former music director, who co-arranged most of the tracks and also handled what’s listed as “Synth & Rhythm Design.” It has always taken a multitude of voices and players and composers to shape a Mendes recording, and on the enchanting Magic he and his team pull off the trick once again, with great success.

Evelyn Rosenthal is the former editor in chief and head of publications at the Harvard Art Museums. She is also a professional singer, specializing in jazz and Brazilian music, and has taught English and composition at Massachusetts community colleges. She writes about musical theater, books, and music for the Arts Fuse.

For the 1975 album by the same artist, see Sergio Mendes (album).

Sergio Mendes[1] is an album by Brazilian keyboardist Sérgio Mendes, released in 1983 on A&M Records. It was his first top 40 album in nearly a decade and a half, and was accompanied by his biggest chart single ever, "Never Gonna Let You Go", a song written by Barry Mann and Cynthia Weil and with a lead vocal performed by Joe Pizzulo and Leeza Miller that reached No. 4 on the Billboard Hot 100. The album was released with Spanish-language versions of the songs as Picardía.

In his retrospective review of the album, AllMusic’s Richard S. Ginell gave it two stars (of a possible five).[2] He took aim at the hit "Never Gonna Let You Go", calling it "a saccharine ballad, where Joe Pizzulo and Leza Miller sing their banalities while Sergio strums and comps on synthesizers".[2] He was critical of the album as a whole too, saying "To say that anyone could have made this record may be overstating the case, but the fact is that there is no way of knowing that this is a Sergio Mendes record without looking at the jacket."[2] While not reviewing the whole album, record producer and YouTube personality Rick Beato declared "Never Gonna Let You Go" "the most complicated hit song of all time".[3]

With this Thank You Gift, you will recieve the Sergio Mendes: In the Key of Joy Deluxe Edition 2-CD Set.

Sergio Mendes: In the Key of Joy CD, gives prominence to the forward-leaning sound that has come to define his music. It features an array of guest artists, including Common, Cali y El Dandee, Buddy, Hermeto Pascoal, Roge, and more.

The album accompanies the documentary by the same name, featuring a joyful cinematic celebration of this singular musical artist who remains just as vital and relevant today as when he exploded on the scene with his group, Brasil ’66.

Deluxe Edition CD – Featuring will.i.am the CD includes Sergio Mendes’ greatest hits and serves as the official soundtrack to the documentary. It features classic songs by Sergio Mendes such as Mas Que Nada, Never Gonna Let You Go, Fanfarra - Cabua-Le-Le, and many more. 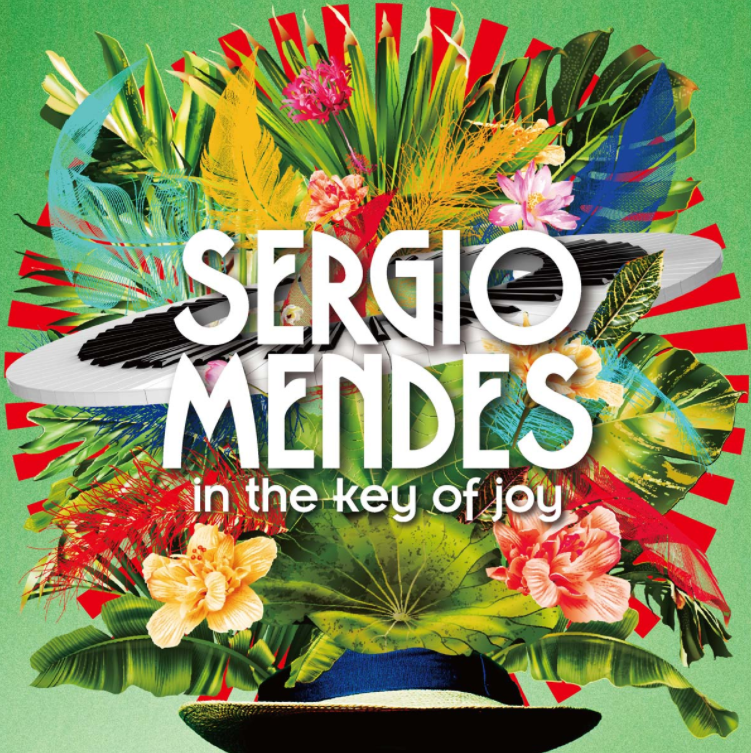 Origin of the word beautiful

Emperors and me viki