Hồ Mạnh Dũng (born February 22, 1962), better known as Don Hồ is a Vietnamese American singer who is known for appearing in Paris By Night.

Don Hồ, whose real name is Hồ Mạnh Dũng, was born on February 22, 1962 in Saigon, Vietnam. His family originally came from northern Vietnam, but they left in 1954 through Operation Passage to Freedom, fleeing the encroachment of communist rule over North Vietnam. He came to the United States in 1980 and attended Santa Ana Valley High School. During his senior year, he participated in a choral group called Chamber Singers. As a young man, Don Hồ has proved to be skillful in painting. He received a scholarship from an art school in New York, but his love for singing turned him from his path to becoming a painter.

In 1990, Don Hồ appeared in two medleys in Paris By Night 12. After the release of the VHS, fans praised the singer and requested more from him. He performed for Paris by Night 15 in 1992, singing Paul Anka's song, Diana and starting a decade-long career with Thúy Nga. They had many notable hits, such as "Tinh Nhat Phai (Caravan of Life)", "Vuc Sau Hanh Phuc", "I (Who Have Nothing)", & "Mot Thuo Yeu Nguoi". In 2000, to celebrate Hồ's 10th year with the production, Thuy Nga released "Nhip Buoc Hoang Vu," a video collection featuring new music videos, an interview with Don Hồ, and singers congratulating him on his success. But soon after, Don's career took a step back as younger singers came in to match a new generation. 2004 brought Paris By Night 73 with Don Hồ performing with Loan Châu in a Chinese-inspired performance. At this time, Don decided to not renew his contract with Thúy Nga, to pursue other ventures with other music companies.

In 2008, Thúy Nga celebrated Paris By Night's 25th Anniversary. Don Hồ decided to return to Thuy Nga at this point, a few years after his contract ended and after venturing with other productions. He performed Diem Xua by Trịnh Công Sơn in a sea-inspired production which was highly praised for his return. As of 2013, Don has performed in each Paris by Night production, except Paris By Night 97, as he wasn't a participant of the competition. In these performances, Don is well known to have created animations to go with the song, seen in "LK Tinh Em Ngon Nen", "Con Tim Mu Loa", and "Tai Sao La Khong?". He is also well known for performing duets with the likes of Thanh Ha, Chau Ngoc, and Nhu Loan.

Coming out from Thúy Nga Productions, Don Hồ has become one of the most innovative, visually, conceptually Vietnamese American artists on stage up to today.

As Don left Thúy Nga after his contract expires, he would sign with Asia Productions, which he had relations with in the 1990s. He first appear with the production in their first video, taking place in Las Vegas. The song that Don Hồ would be best known for, is "Trai Tim Mua Dong" which appeared in Asia's Christmas Special in 1995. During this time, Don would not appear on Asia's stage as his Thúy Nga contract and other obligations prevented him from appearing, so he would appear in music videos made for the program. In 2005, Don's contract with Thúy Nga had ended, so Don went on to appear in numerous Asia videos. Asia's fans had lauded the return of Don Hồ as he brought creativity to his appearances and in these performances, Don would perform by himself and in duets with Lam Thuy Van, Lam Nhat Tien, and Dieu Huong, who writes many of the songs Don has performed. During this time, he appeared in many other videos including Tinh Music and Van Son Entertainment. Many of them included Don Hồ's graphics and artwork, which has amazed fans everywhere. Don has ended pursuing other ventures, as he returned to Thúy Nga, where he is more globally recognized.

Stream the best podcasts from your favorite stations 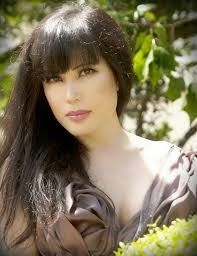 Born on September 25th in South Vietnam, Nhật Hạ didn't pursue her career in entertainment until after she had left her native homeland and resettled in the United States during the early 1980s.  Shortly after her arrival in the United States, Nhật Hạ signed with a major Asian-American modeling agency in Los Angeles, California.  Within a short period of time, she became one of the most recognizable faces in overseas Vietnamese communities worldwide.  During the 1980s, Nhật Hạ along with model Thanh Hằngand singer Kim Ngânwere the three most celebrated beauties in the overseas Vietnamese entertainment industry gracing the covers of numerous fashion magazines, audio cassettes and calendars.  Despite the immediate success she had found as a fashion model, Nhật Hạ knew that her true calling would be in music.  She began collaborating with Asia Entertainmentas a recording artist in the mid-1980s.  One of her earliest released audio recordings was of a song called Tình Nồng Cháy featured on the album produced by Asia Entertainment, Dạ Vũ Xanh (1986), which comprised of various artists such as Kiều Nga, Julie Quang, Duy Quang, Thanh Mai, Ngọc Lan, Thái Hiền, Elvis Phương, Như Mai, Billy Shane, Minh Xuân and Minh Phuc.  In the spring of 1987, Nhật Hạ was formally introduced to the Vietnamese-American audience of Southern California with a live performance concert show held at the Disneyland Hotel Grand Ballroom promoted by the popular overseas Vietnamese band, Mây Bốn Phương.  That same year, she released her debut studio album, Tình Như Thoáng Mây Bay.  As her popularity grew, Nhật Hạ maintained a busy schedule of headlining weekly at popular Vietnamese nightclubs in Orange County, Southern California such as Saigon Cabaretand Caravellethroughout the late 1980s and well into the 1990s along with frequent one-night bookings to perform at live shows for Vietnamese audiences in various regions throughout the United States, Canada, Australia and Europe. 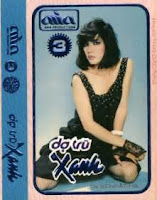 Aside from her successful careers as a model and singer, Nhật Hạ had also enjoyed a brief career as an actress.  In 1990, she was cast in the overseas Vietnamese-produced film, Bên Kia Màn Sương, starring Lê Tuấnand Thanh Lan.

In the early 1990s Nhật Hạ and her former husband, cinematographer Howard Huệ, formed Dạ Khúc Productions.  Despite the wave of big budget live show productions equipped with lavish stage settings filmed at major concert venues in Canada and the United States having taken full effect with such labels like Thúy Nga and Asia Entertainment during that decade, music videos from Dạ Khúc Productions were filmed in a studio or at locations in the style of MTV.  Howard Huệ and Nhật Hạ focused primarily with maintaining high qualities of sound, cinematography and capturing the beauty of each singer on video.  Among the most beautiful, young overseas Vietnamese singers of the day that had been featured on music videos for Dạ Khúc Productions other than Nhật Hạ included Thúy Vi, Kim Ngân, Mai Vy, Candice Phi Phi, Ngọc Huệ, Trizzie Phương Trinh, Ngọc Anh, Lynda Trang Đài, Thanh Hà, Thái Tàiand Danny Tuấn.  Several singers from a previous generation had also been filmed in music videos for Dạ Khúc Productions such as Julie Quang, Thanh Mai and Băng Châu.  During this period, Nhật Hạ had also ventured outside the entertainment industry as a businesswoman and ran two successful businesses, Nhật Hạ Studio in Santa Ana, California, a make-up and photography studio, and Café Artiste, a French-Vietnamese bistro in Garden Grove, California.  The ending of her marriage to Howard Huệ in the latter part of the 1990s decade coincided with the closing of Dạ Khúc Productions. 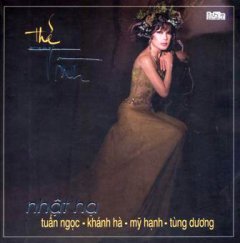 Since 2000, Nhật Hạ has concentrated on singing Vietnamese classical standards, a genre known known as "Nhạc Thính Phòng".  Happily remarried to composer Huỳnh Thái Bình, her live performances have become more selective as she partakes mainly in such concerts aimed specifically toward fans of "Nhạc Thính Phòng" and equipped with a full orchestra.  After a lengthy absence, with the encouragement from her husband in 2011 Nhật Hạ released her first studio album in almost a decade entitled as Thả Tìnhunder her own label, Nhật Hạ Productions, and distributed by Phương Nam Films.  The album is a collection of songs with original lyrics written by Nhật Hạ and composed by Trịnh Công Sơn, Phạm Duy, Lê Uyên Phương, Đức Huyand her husband, Huỳnh Thái Bình.  Special guest vocalists also featured on the album included Tuấn Ngọc, Khánh Hà, Tùng Dươngand Mỹ Hạnh.

In recent years, Nhật Hạ has performed in many concerts for live audiences in various cities throughout Vietnam.  She and her husband divide their time between homes in Fountain Valley, California and Ho Chi Minh City.  Nhật Hạ is a mother of a grown son.