Fall is bringing Pokémon fans a new reason to celebrate, with a new set slated to drop on October 8th, 2021. Celebrations promises to be a nostalgia-inspired mini set containing nine different products, with a few surprising new elements to keep things fresh.

Almost all of the cards in this set are anticipated to show up in Japan's S8a, 25th Anniversary Collection set, which will launch a few weeks after Celebrations, on October 22nd — so this time around, international fans are "in the know."

What exactly does Celebrations have in store for us?

Let's start with the Main Set, which is expected to be tournament-legal. Celebrations promises four Pokémon V and two Pokémon VMAX, with plenty to offer for Pikachu fans. While a couple of V cards remain unrevealed thus far (namely, Zacian and Zamazenta), the V and VMAX cards that HAVE been spoiled showcase Pikachu "flying", surfing, and generally having a good time.

Pikachu will continue to feature prominently within the set — after all, they're arguably THE face of Pokémon — but we'll get to the rest soon.

The Main Set will include both new and classic characters, like a Full Art Professor Oak, a new basic Lugia card, and a GOLD Mew that hasn't been spoiled yet but already has collectors' attention.

This secondary subset is a whopping 25 holofoil reprints of nostalgic cards. The Classic Collection represents a new spin on iconic cards in PTCG history — at times, all the way back to Base set!

While Standard fans will be disappointed to learn that these cards are not returning to the format, these cards ARE legal in all of the same places as their historic counterparts. They'll be differentiated from the original cards by a 25th anniversary stamp, in addition to their shiny new holofoil treatment.

One way this set celebrates 25 years of the PTCG is by granting newer Pokémon some of its older mechanics. For example, Light Pokémon, Delta Species (δ) Pokémon, and Pokémon Star card types all make an appearance on Celebrations promos.

While most of these promo cards are explicitly labeled "This card cannot be used at official tournaments" (with Dark Sylveon V and Lance's Charizard V as the only exceptions), there's no doubt that they'll make an amazing addition to any collector's binder.

Pokémon is doing something a little bit different this set release, with its Celebrations Collections featuring 4 cards in its booster packs, instead of the usual 10 (well, 11 if you count the Energy card). 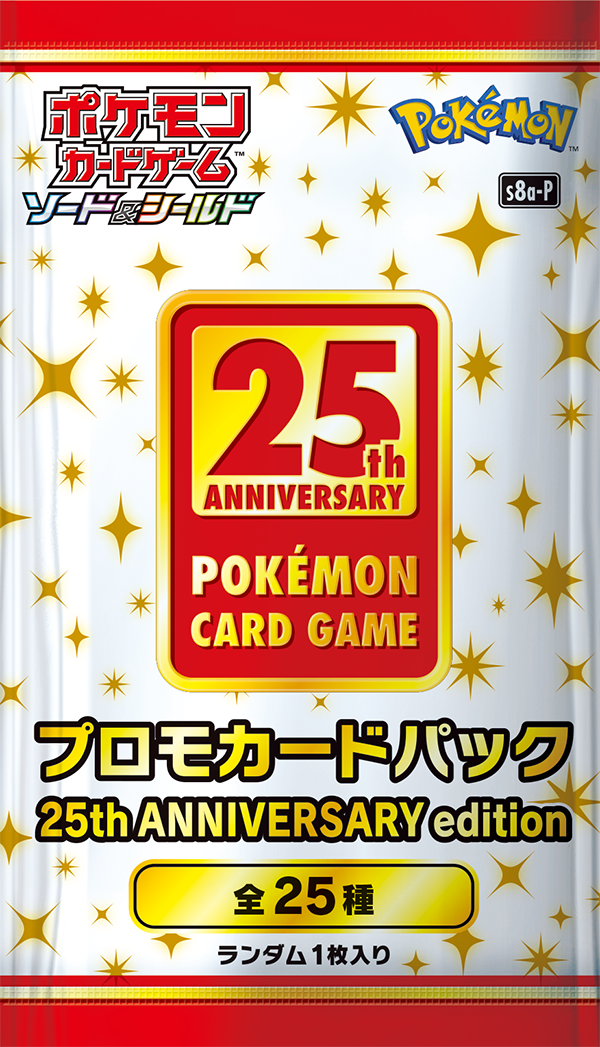 Buyers will have a 1 in 4 chance of snagging a shiny, 25th Anniversary-stamped reprint of a classic card. Birthday Pikachu has already been revealed as a potential pull, to the delight of fans, among the total 25 (of course) different options.

These booster backs will not be sold separately, but instead are available within specific promo products.

Celebrations will highlight Pokémon characters — including the aforementioned Dark Sylveon V and Lance's Charizard V — in their own Celebrations Collections boxes.

Other box themes include Dragapult Prime, Zacian Lv.X, and a Special Collection dedicated to the brand's mascot as pictured on Pikachu V-UNION. 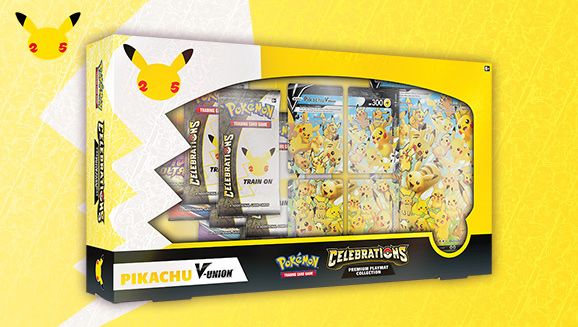 Perhaps the most highly anticipated part of the set, at least among diehard fans, is the Pokémon TCG: Celebrations Elite Trainer Box. 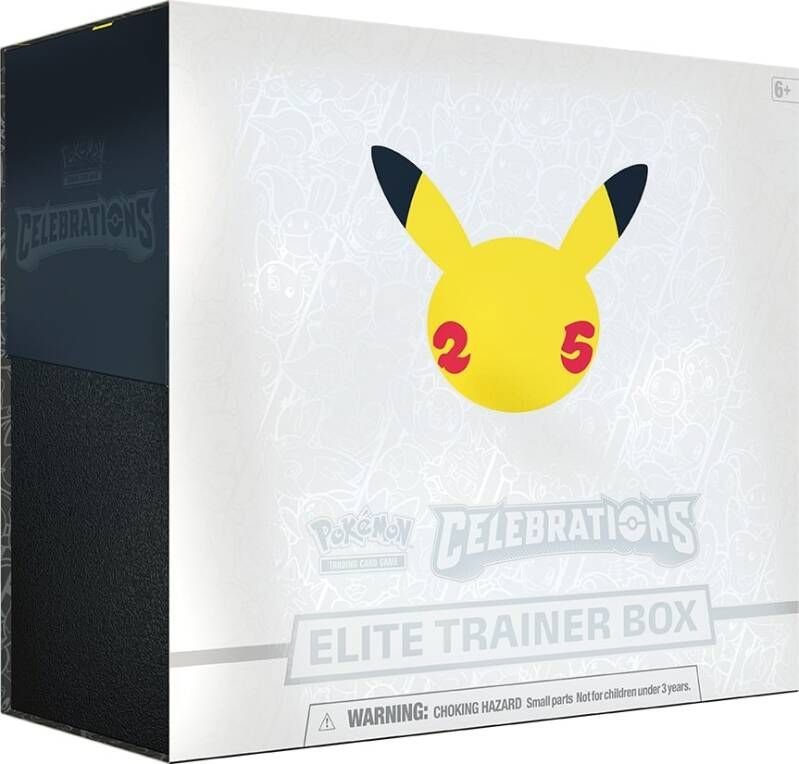 Get Ready to Celebrate

We're just weeks away from the official launch of this set, with only a few more spoilers to go. Check back at TCGplayer to stay up to date on the latest card and product reveals for this milestone set! 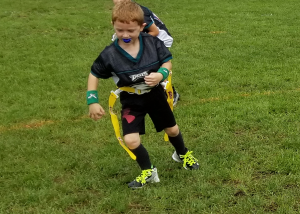 Youth flag football leagues are forming now for Fall 2021. In addition to having a blast practicing and playing the game, kids will learn valuable lessons in sportsmanship, teamwork, and commitment. Enrollment is open to boys and girls between the ages of 5 – 12.

Practice once a week and Games once a week. League games run from 09/11/2021 – 10/30/2021 and are all played on Saturdays at East Goshen Park. Player evaluations are held in late August. Official NFL Flag Reversible jersey and NFL flags included with registration; yours to keep.  Registration ends Saturday September 5th.  There are NO LATE REGISTRATION FEES!

DubC Flag is an NFL FLAG league. NFL FLAG is the country’s leading flag football program, with unmatched standards of safety, education and support.  Reigning Champs Experiences has partnered with the NFL to provide a commitment to athlete safety, professional league support, and enhanced football experiences.

As of right now we are on for practice tonight. Unless it is pouring continuously later, practice is a go especially since the first game is the weekend. Will leave to coaches discretion if they want to continue practice or just have a quick team introduction and hand out jerseys/flags.

Players and parents please proceed to designated upper/lower fields when you arrive, coaches meeting is at parking lot level field and will wrap up by 5:30PM. Coaches will come up to meet the teams when done.

Between the Chester County Health Department (CCHD) guidance allowing participants in “high exertion activities” to remove their masks, as well as the continuing messages from the Pennsylvania Department of Health (PADOH) and the Centers for Disease Control and Prevention (CDC), DubC NFL Flag Football now has determined that masks are optional for those participating in activities and those who are fully vaccinated. Anyone not participating and not fully vaccinated we still strongly encourage them to wear their mask for the safety of others. DubC NFL Flag Football will lift the mask mandate entirely when is lifted by the PADOH.

Thank you for all your support over the past year and we really appreciate the community and all you did to help make our league safe over this past year.  We couldn’t have done it without all of you!

CLICK HERE for more details about our COVID-19 plan and guidelines.

*Please check back here for important updates such as Field Statuses and Practice/Game Updates. Have a Great Upcoming Season! 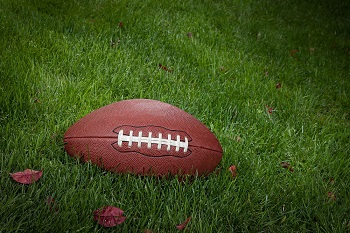 It’s a fast-paced game in a non-contact environment, where players not only learn the fundamentals and skills of football, but many life skills as well. Players learn about perseverance, teamwork and sportsmanship that we hope will carry over in all facets of life. DubC Flag allows every eligible player the chance to play. Each player will be assigned to a division, level of play, and team no matter the flag football skills and abilities. All our age divisions are designed to stage and foster player development.

We do believe and try our best to allow kids to play with their friends. And we also believe that teams should be fair and balanced as much as possible. We believe strongly that all kids should get equal playing time. Our nfl flag football league is open to residents and non-residents of West Chester, PA. All teams will proudly be named after our own Philadelphia Eagles and wear officially licensed uniforms approved by the NFL. Our goal is to give local West Chester and surrounding area kids a competitive, rewarding and fun-filled NFL Flag Football experience.

We want to give every kid in our community the opportunity to play in a fun, healthy, positive team sport that can enhance their lives in a positive way.

We understand about the normal things that happen in life. We are here to help if we can! If you need financial assistance in joining our nfl flag football league, please contact us for more details.

Many kids, especially the younger ones, come to flag football for the fun of it. And what kid doesn’t just want to run with the football for a touchdown? But they soon realize they are learning things like teamwork and sportsmanship, and real football skills. Players will be coached to develop their skills in passing, catching, ball carrying, defensive coverages, and route running and other important parts of the game of football. They are also taught how to play as a team.

The time commitment of this nfl flag football league is typically limited to 2.5 hours a week: 1.5 for practice during the week (less in Spring), 1 for games on weekends. This time commitment allows our players to develop vital football skills without interfering with other weekday/weekend activities. The most important thing is that we want DubC Flag Football to be fun for everyone involved in the league. Please become a Volunteer if you want to be part of our vision. Come join flag football West Chester PA. 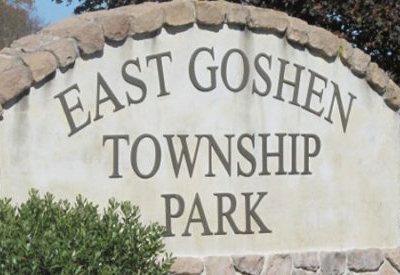 All of our games and practices will be held at East Goshen Park in West Chester, PA. There is plenty of parking and rest rooms on site. After the game feel free to enjoy all the many amenities that the park has to offer.

I Opened a Pokémon Celebrations Elite Trainer Box And...