Founded in 2014, Deep Sea Valkyries is a Veteran's outreach 501(c)(3) that facilitates retreats and trauma counseling programs to assist in PTSD recovery and development of life skills for combat Veterans transitioning from Military service. Our retreats, or 'Voyages' as we call them, provide a holistic approach to healing, reducing the triggers of PTSD, equipping participants with the tools to combat those triggers, and leading to a reduction in Veteran suicides and suicide attempts. Our retreats take Veterans from across the US down to Nassau, Bahamas for a week long live-aboard during which time, more than 25 hours of group and individual counseling sessions will take place with our licensed Counselor who specializes in PTSD treatments. In addition, a team of Veterans that specialize in marine eco-adventures will guide participants in scuba diving, snorkeling, deep sea fishing, sailing, kayaking, and land based excursions on remote islands while learning about marine conservation and the impact humans can have on marine eco-systems. Our aim is to provide not only the counseling to reduce PTSD, but also to reinvigorate our Veterans to engage in healthy outdoor activities. 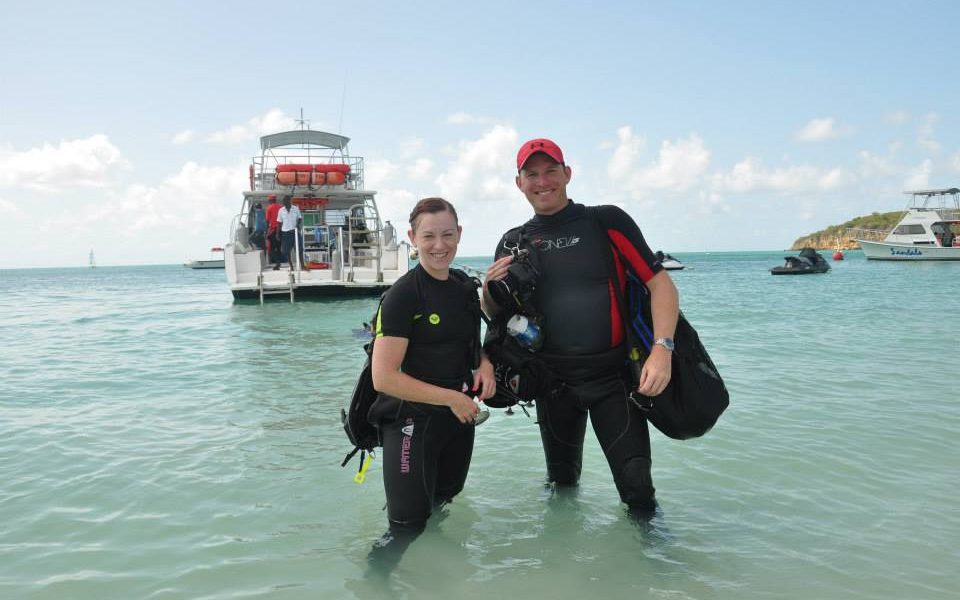 Today we’d like to introduce you to Joshua and Neysa Grzywa.

Joshua and Neysa, please share your story with us.
Founded in 2014, Deep Sea Valkyries provides alternative forms of therapy to injured Veterans as a method to combat Veteran suicide and enhance lives post-service. In a 2016 report, the Department of Veterans affairs released their findings from its analysis of Veteran suicides. The report is an examination of more than 55 million records from 1979 to 2014 and showed that in 2014, an average of 20 Veterans died by suicide each day and the risk of suicide was 22 percent higher among Veterans compared with U.S. civilian adults. The founding staff of Deep Sea Valkyries was not immune to these statistics. During a 3 week period in 2014, 8 Veterans that served with our staff committed suicide. We realized something needed to be done.

Following my own injuries and after several back surgeries, I was looking for activities that were exciting and allowed me to have an adventure in my life without the associated pain from a back injury. Being in the water, swimming, snorkeling, and SCUBA diving was not just a form of physical therapy, it became therapeutic for my soul. The freedom and enjoyment I found being on the water needed to be shared with other Veterans and if we could couple this experience with effective counseling sessions and rounded out with devotionals from a chaplain, we knew this could benefit countless other Veterans.

The first year was consumed with Neysa and I trying to figure out to make this crazy idea work. In less than 10 months we went from finalizing paperwork, submission, and approval of our non-profit status, to fundraising, planning and facilitating our inaugural retreat. Many late nights and early mornings but in a way, this program has become therapeutic for us.

Great, so let’s dig a little deeper into the story – has it been an easy path overall and if not, what were the challenges you’ve had to overcome?
Absolutely not! Like most non-profits, we rely on donations for the majority of our funding. Our goal is to provide these retreats at minimal cost to the Veteran. One of the biggest struggles we face is the sheer volume of VSOs (Veteran Service Organizations) out there raising money; a number of those do not perform or offer any services for the Veteran other than referring them back to the federally funded Veteran’s Crisis Hotline. Donors are easily influenced by taglines that claim to “support our Veterans”. We do our best to educate donors to ensure their generosity has the greatest impact on the lives of Veterans and within programs that have proven successes.

One area, we are excited about is our new partnership with Michelle Swinick at Helping the People. Her online shopping platform allows individuals and companies to shop as they normally would at all the stores they are accustomed to but through her platform, a larger portion of the proceeds is donated by to the partnering organization.

That being said, like any project you are passionate about, the ‘highs’ and successes outweigh the struggles and make the heartache worth it. When you see the changes in each one of our participants – the smiles, the determination and drive, the new outlook on life, it makes it worth all the time and effort.

Deep Sea Valkyries – what should we know? What do you guys do best? What sets you apart from the competition?
Deep Sea Valkyries facilitates a week long intensive retreat programs for Veterans. Departing out of the Bahamas, up to 20 Veterans from across the U.S. will spend a week on a live-aboard dive vessel. During this time, they will conduct up to 25 hours of group and individual counseling sessions hosted by a licensed counselor who specializes in combat trauma. In addition, a military Chaplain joins us to discuss how combat trauma has manifested in the lives of historical figures while addressing concepts like ‘Moral Trauma and Guilt’. We round out this experience with a variety of Marine based adventures such as deep sea fishing, snorkeling, exploring remote islands, and primarily SCUBA diving.

There are a number of other non-profits and Veteran experiences that bring in an aspect or two found in our program but what really separates us and makes us unique is the format we have developed. The three pillars of DSV are the Mind, Body, and Soul. We believe that these aspects of a Veteran’s health are mutually inclusive of one another.

Our counseling sessions are the foundation and primary purpose of our program. What is different about these sessions is our counselors work to help the Veteran understand not only how trauma impacts their own life, but how it affects those around them. Our Chaplain is critical in allowing the Veteran to reconcile the experiences of combat while the activity of SCUBA diving is one that can transcend both physical and psychological injuries.

There are so many aspects of DSV to be proud of. With the support of a handful of companies and through to generous donation of time by our staff of Veterans, the cost associated with sending a Veteran on our retreats is minimal thus a donor’s contribution goes further as compared to many other programs. Currently, it only costs us $2,500 to fund one Veteran for a week long retreat which includes lodging, all meals, counseling sessions, daily devotionals and counseling materials, all their daily activities, SCUBA training for those needing it and ancillary equipment. The cost alone of the counseling aspect may be anywhere from 5 to 10 times that depending on where a Veteran lives in the U.S.

The value of a participant’s time spent with us is not to be overlooked either. In their week at sea with us, they will often spend more time in effective counseling sessions than in an entire year of counseling at home. Combined with the skills they learn while diving, these Veterans not only experience an underwater world few have had the opportunity to, they return home better able to manage their trauma during difficult times.

However, I think we are most proud of the successes of our participants not only during their week at sea but in the weeks, months and years following their retreat with us. Participants have gone on to finish school, open up their own business, volunteered with local Veteran’s groups, and even returned with us as volunteer staff.

What moment in your career do you look back most fondly on?
I don’t think is one single moment that is bigger than any other – certainly, moments stick out in our minds. The comments by spouses and family members are deeply moving and often bring a tear to our eyes. Perhaps the biggest compliment is participants asking if they can volunteer and return as dive staff or help to fund raise, paying it forward for another Veteran to participate. They regularly tell us how much their week meant to them and they want to give back by being there for another group of Veterans. 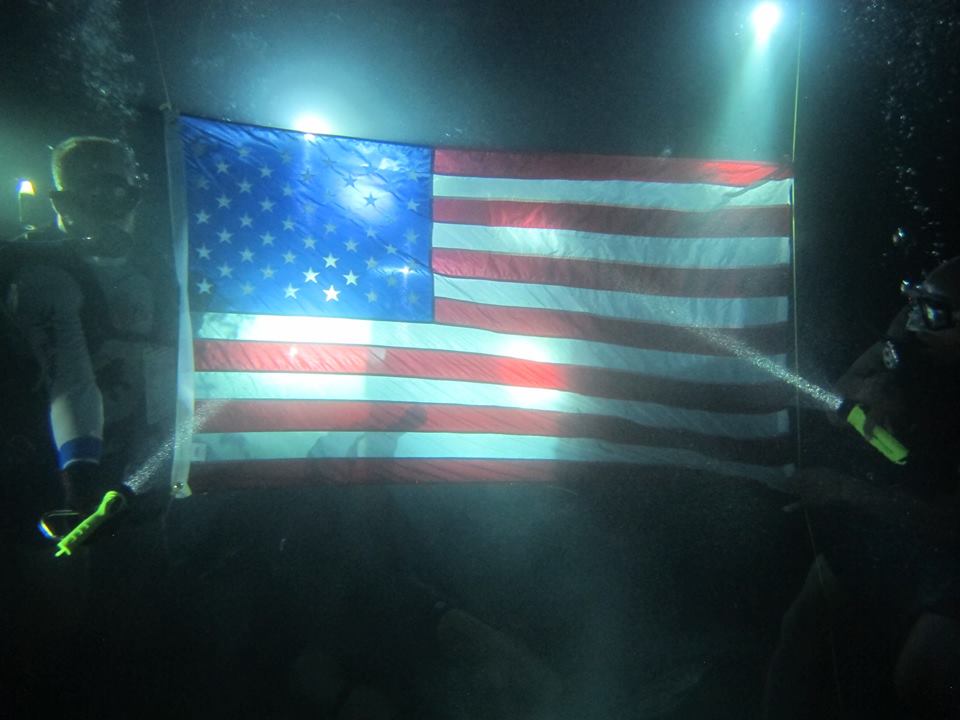 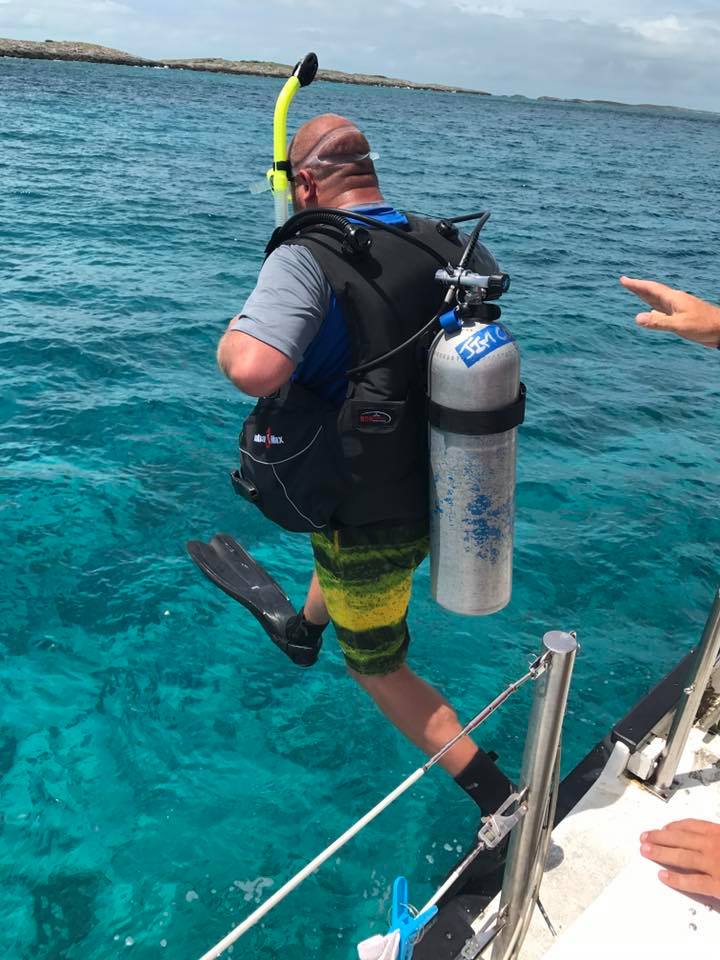 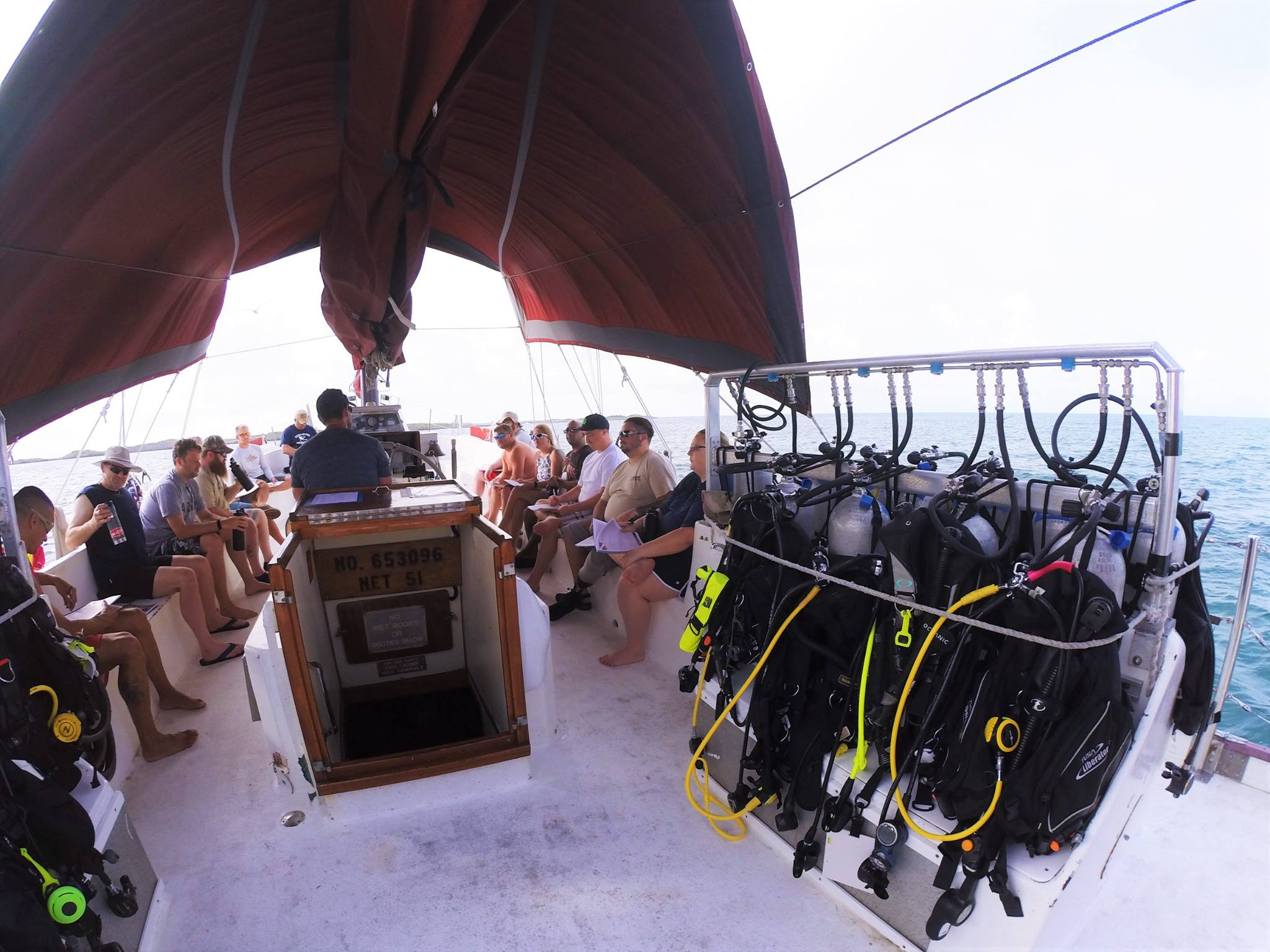 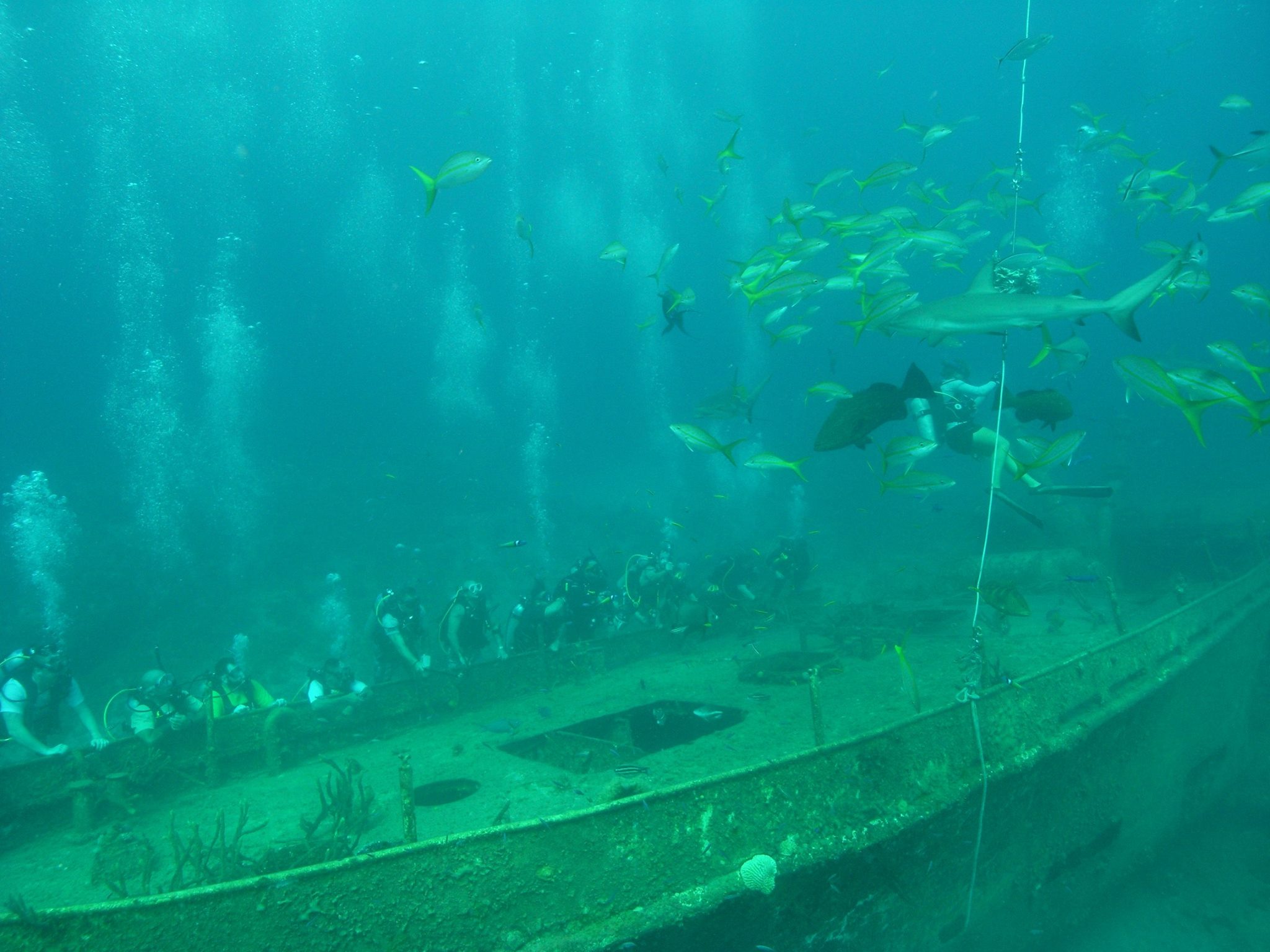 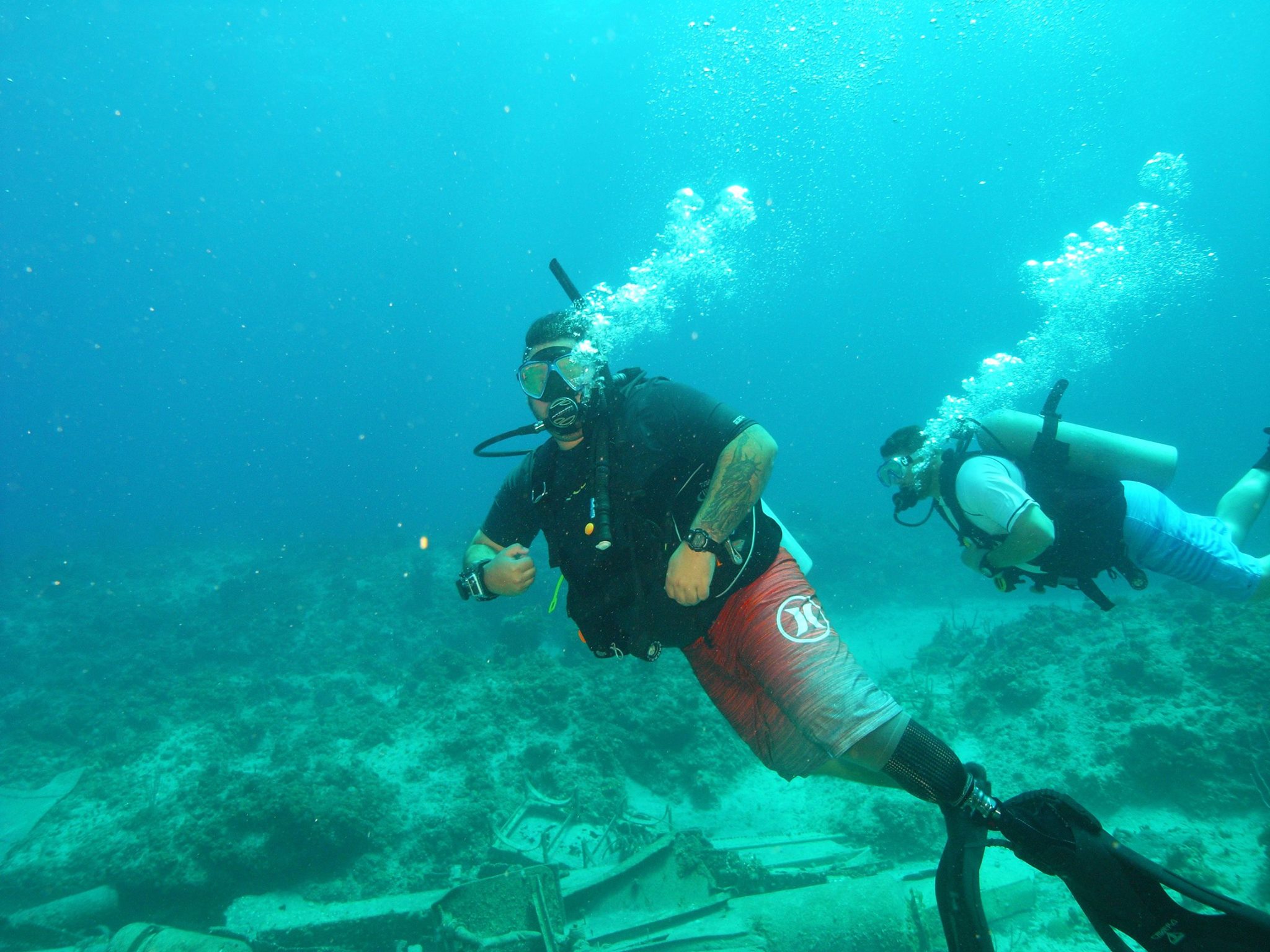 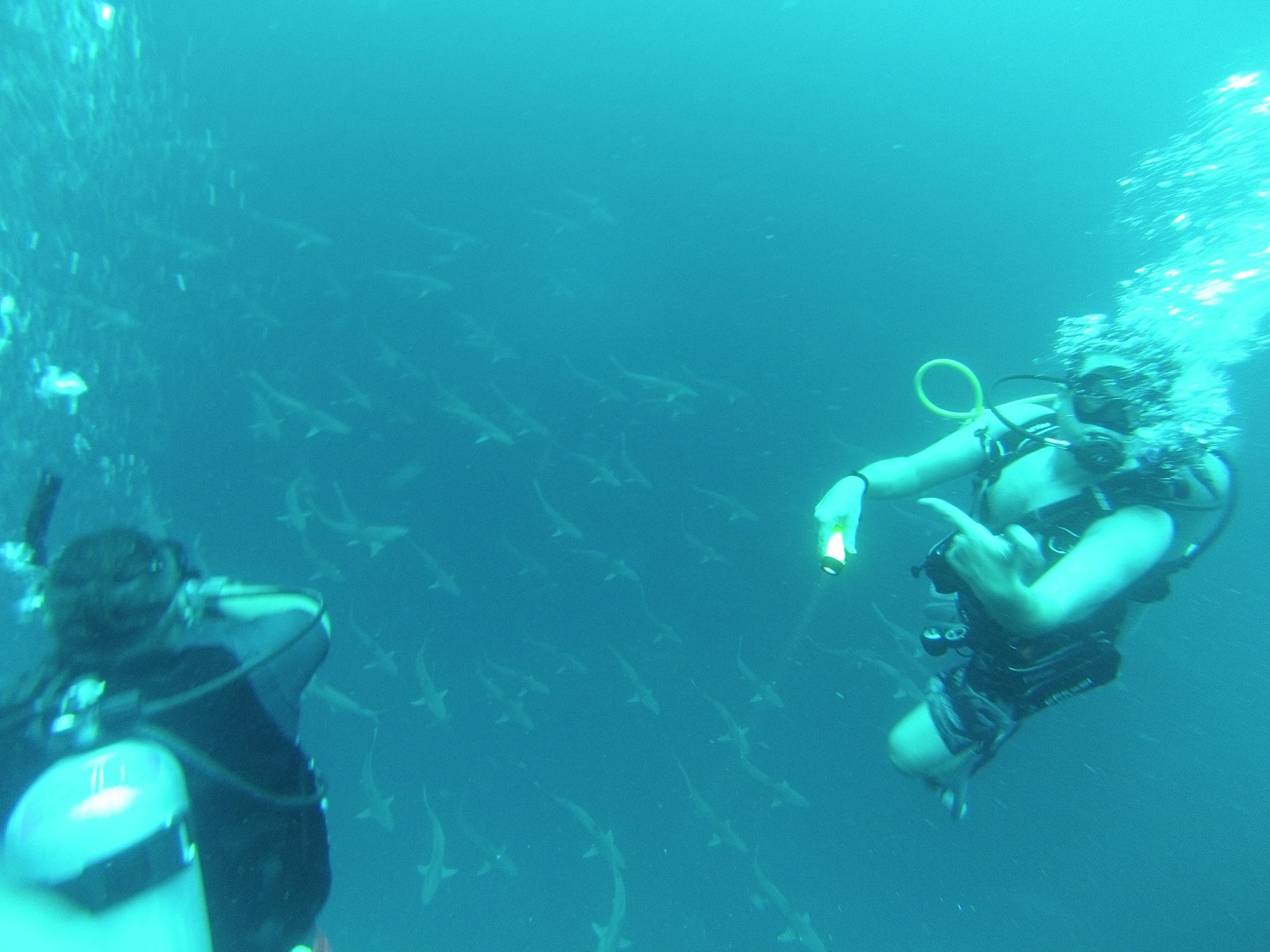 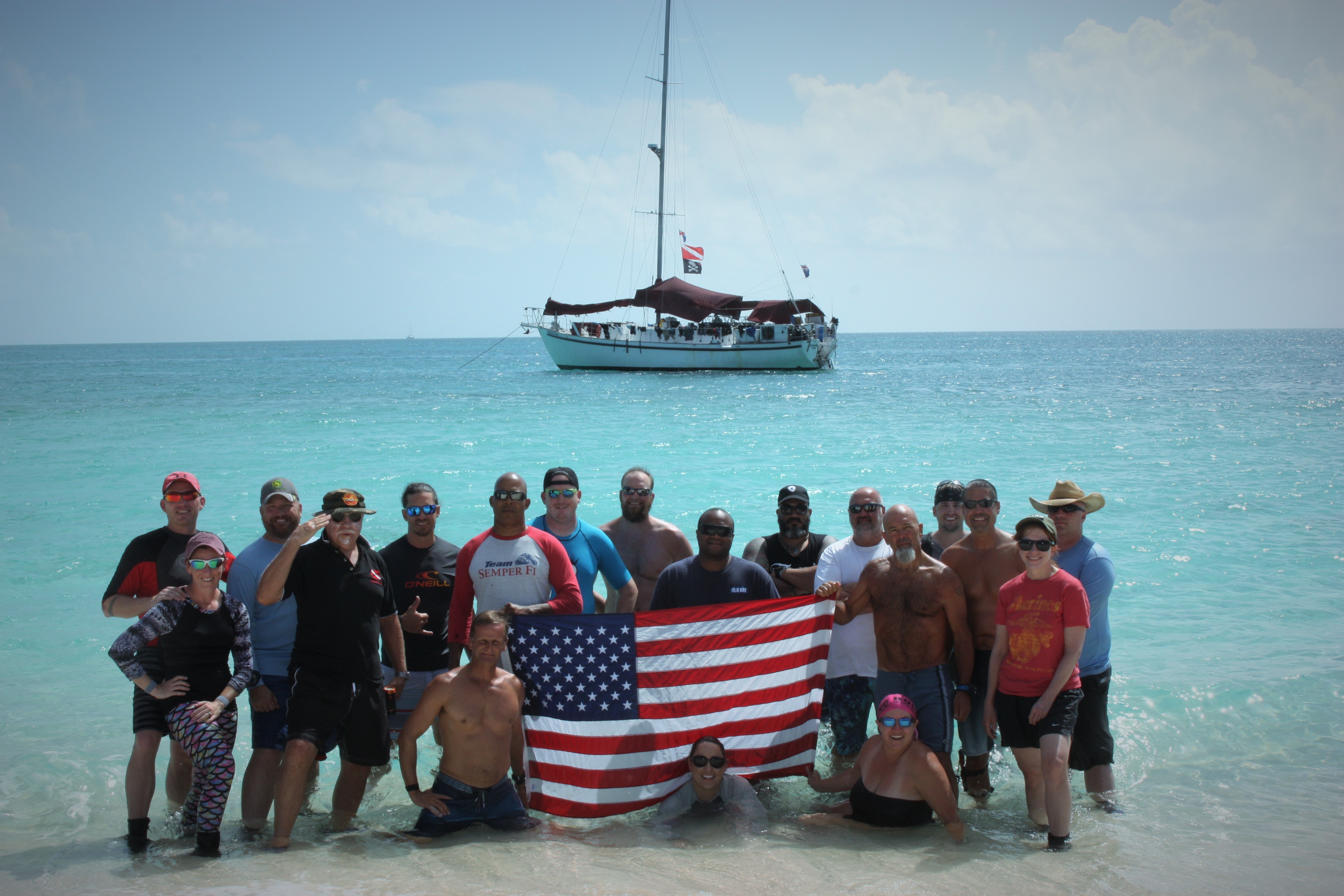 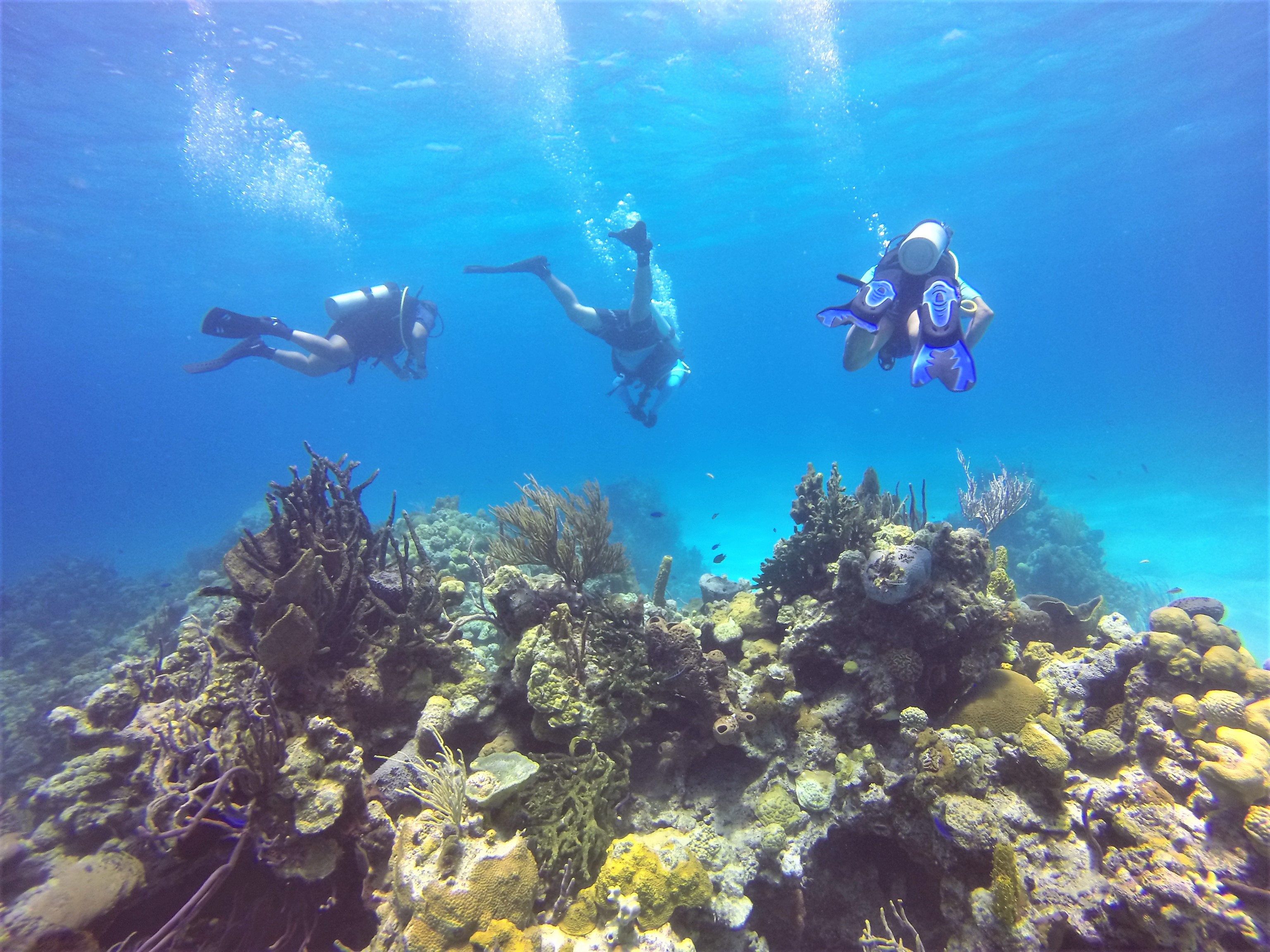 Getting in touch: VoyagePhoenix is built on recommendations from the community; it’s how we uncover hidden gems, so if you know someone who deserves recognition please let us know here.

Sours: http://voyagephoenix.com/interview/meet-joshua-grzywa-neysa-grzywa-deep-sea-valkyries-east-valley/
Sours: https://myemail.constantcontact.com/Welcome-Our-Partner---Deep-Sea-Valkyries.html?soid=1129123353225&aid=XcQvpJ3I9FA
Why this creepy melody is in so many movies

Mission: OUR MISSION IS SIMPLE - WE ARE DEDICATED TO THE MISSION OF PREVENTING VETERAN SUICIDE AND ENHANCING VETERAN LIVES BY REDUCING THE EFFECTS OF POST-TRAUMATIC STRESS DISORDER AND THE TREATMENT OF OTHER COMBAT-RELATED INJURIES, WHILE ASSISTING EACH VETERAN IN THEIR TRANSITION FROM SERVICE MEMBER TO CIVILIAN AND INTRODUCING THEM TO HEALTHY OUTDOOR ACTIVITIES. EACH OF OUR VOYAGES OFFER HEALING OF THE MIND, BODY, AND SOUL.

Target demographics: Veterans of all eras of service